“Reflecting after the Wave”

The new virus which was spread from China is now spreading all over the world. Coronavirus, a virus found inside an animal has jumped into the human’s body in cold-like symptoms. It has now infected about 71.6Million people around the world and it is still increasing.  We can see that the world is now focusing on the disease and many countries are suffering from their economic growth. Not only economic problems are rising, but also the education system is also being crashed down due to the lock down. Almost all the countries are in quarantine and the word “Quarantine” has been the key word for this year. Due to this pandemic, children are been affected by mobile phones and computers as the classes are held through online.

My school, Oki-Dozen High School has also faced difficulties during the pandemic mostly during the beginning of the year. My school is in a small island in Shimane prefecture and half of the students come from outside the island and from foreign countries. We have almost there hundred students and 30 teachers. During the vacation and long holidays, all the students from outside-island goes back to their home which is outside the island. Still then, there are yet zero cases in the island. None of the students nor teachers had any symptoms of the virus.  This is one of the most surprising fact in Japan as almost all the small islands in Japan are infected with the virus.

But there were good sides as well. Since all the dormitory students had to take online classes in the dorm, we had spent all day together with our friends. By the time, our friendship bonds became stronger and some of us started to create projects. I created a project called “Children’s Support from Dozen Project”. It is a project which students from Dozen Island do some actions to support and help the orphans and children who are in labor. During the quarantine, we planned a action of collecting plastic bottle cap and donating it to the recycling center. We went on doing the action after the quarantine was over. We were able to collect more than 5000 caps and were able to donate five vaccine to the UNICEF. Even though we had some difficulties of stepping into the actions, we had enough time to discuss and plan for the action.

This led to shock for the human beings but gave a lot of freedom for animals to enjoy the earth. What I thought is that this global pandemic taught the humans that, till now, the humans has been conquering this planet earth and had less rights for animals and natures to enjoy. When humans had to step back from the actions for a while, we had learned a lot of lessons to reflect our actions.

After this COVID-19 calms down, I want to start my action for “Reflection”. My dream is to work under UNESCO and help preserve worlds heritages. From April, I am joining University and start to study Global and Community Studies. I will be learning how to solve the problems in a community, and I will be working on with so many fields work. I want to be a part of helping the United Nations fulfilling the goals of SDGs. I am excited to see how the world would be changing in the future. 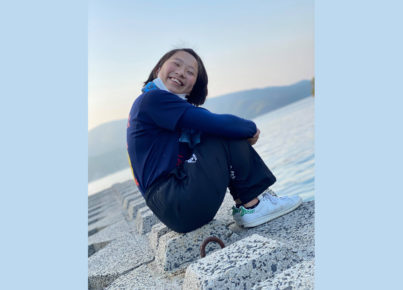