Japan Vol.4 Alumni
Theme : My Future Dreams and My Actions

“How Covid-19 Changed Our Lifestyle”

Corona has led to the widespread use of online meetings and work from home in many schools and companies. The advantage of these is that they reduce wasted time such as transportation time. Many people have developed a perspective of seeking more efficiency, and business trips that are no longer necessary may disappear in the future. In this context, it is predicted that globalization will spread at an even more rapid pace. With the ability to work from anywhere, Example; it will become possible for workers from overseas to participate in meetings in Japan in a variety of fields. Already in the Education filed, services have been created that allow student to interact with teachers from all over the world via smartphone or computer. I would like to increase employment in developing countries through the new values created by this technology and people. If you are able to access to a computer, can work faster and easily. However, currently most of foreign workers engage with the work which has to use physical strength than others. In Japan, working as a full-time employee in a company requires business skills and specialized knowledge in addition to a high level of Japanese language proficiency. If we can set up a system where people can learn through online, it will help to increase human resources in Japan, where the population is decreasing and the number of people who can help the society is decreasing. I believe that doing online international school system between Asian countries and Japanese schools would have a positive impact on both sides. By creating an environment where Japanese people can learn English for a long time but not be able to speak it, they will be able to learn pronunciation and natural phrases. In contrast, the people of ASEAN countries will have an opportunity to learn Japanese, and in addition to that, they will be able to experience Japanese culture, which will help them to become familiar with common knowledge and values in Japan.

In addition to providing an opportunity for the people of the ASEAN countries to learn the Japanese language, it will also make it easier for them to live in Japan, as they will learn common knowledge and values through exposure to Japanese culture. In the future people only need computer and electricity to reach the world. In preparation for the future of telework, it would be great if we could prepare computers and other equipment and work together to promote education and employment in Asia, where there are fewer time differences

This idea came to me when I had an opportunity to discuss our ideas with students of different nationalities in my class. At my university, we have students from 90 different countries with diverse experiences. By sharing our ideas for each other, we can learn about the differences between our own standards of “happiness” and those of the people around us, as well as learn more about our classes. In order to increase the number of such opportunities not only at my university but also in Japan, I would like to take action on the aforementioned ideas that were actually generated in the discussion in order to prove their value to us first.

Understanding broadband Internet performance in crisis situations will yield important insights about how government policies to close schools and rely on remote e-learning may affect the broader population. We also need to better understand how the increased strain on the Internet affects other critical application areas, such as medicine and public health, remote caregiving, and online legal or political processes. A lower-quality streaming movie is irritating, but the inability to support a doctor-patient video visit could be life-threatening. We’re excited to already have several partners from industry and government agencies providing data and expertise on network usage and broadband access both before and during the COVID-19 crisis. Yet, the implications of connectivity are far reaching, with implications in fields including economics and social science, education, medicine, and more. 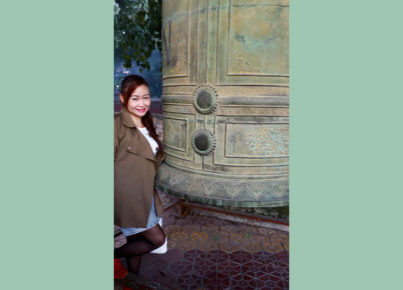