Sustainable Development Goals (SDGs) are a continuation agenda of the Millennium Development Goals (MDGs) which were released by the United Nation (UN) on September 25, 2015. It was a global action plan which was agreed by many nations’ leaders including Indonesia’s. SDGs have 17 goals and 169 targets and will be used as guidelines for all these bound policies. Also it will be used in funding for the next 15 years, that are expected to be achieved by 2030. SDGs are integrated. But basically, it focuses at three major things that are environment, social and economic.

In Indonesia, sustainable development is a big concern and has been carried out. As example, there is a national program for funding every village in this nation. “Dana Desa” is how Indonesian government named it. Since 2014, Indonesian government released the legal regulations about “Dana Desa” in the form of constitution number 6 in 2014 and choose 2015 as the first year to actualize it. This village funding program is expected to improve welfare and the quality of Indonesia humans’ life especially the people who live in villages. The allocation of this fund is expected to be something that can raise the regions which are hard to be developed.

Another example is the construction of transportation infrastructure. The legal law of it was released in the same year as the funding village that we have talked about before.  In July, 14th 2014 Indonesian president released the President Decree number 75 which is about Provision Acceleration of Priority Infrastructure. This decree is about development that aims to facilitate access to The Least Developed, Frontier and Outermost regions or in Indonesia it commonly known as 3T (Tertinggal, Terdepan, dan Terluar) regions. This ease of access is expected to open up the new economic space, especially for the local society like making their regions as tourist destination.

Of course massive development requires a large source of state revenue as well. Through the Ministry of Finance, Indonesian government controls like collection, utilization, and management of state property. In Indonesia nation’s fund is collect from three source which are Tax, Custom and Excise, and Non-tax revenue. Currently, the source of Indonesia’s state income is dominated by Tax. In 2019, from Rp1,957.2 trillion of realized state revenue, realized tax revenue reached 1,545.3 trillion or around 86.5% of the revenue. So we can see that the fact, taxes are the main source of revenue for the Indonesian state. That is one of the reasons why taxes have a very large role in the country’s development.

Unfortunately, even a legal role does not necessarily make people obedient. This can be seen from Indonesia’s tax ratio which is still low, that is standing around 10.6% per 2019. Indonesia’s tax ratio is one of the lowest in ASEAN countries. Tax ratio itself means the ratio of state tax revenue to gross domestic product (GDP). From the tax ratio, the state will get a general picture of tax conditions and can assess the ability of taxes to realize fair development and reduce economic disparities between regions.

There are 2 factors that can affect a country’s tax ratio known as macro factors and micro factors. Macro factors consist of several things like the tax regulation, per capita income, and the governments implementations. The micro factors themselves consist of the level of taxpayer compliance, coordination between state institutions related to taxes, and common perceptions between the public and tax officials. It still found in majority of Indonesian that tax is something troublesome themselves. In fact, it is not like what they think. Form the Indonesian Constitution number 28 in 1983 says that All of the collected tax will be used only for nation’s welfare. So that Indonesia government choose to include tax education for Indonesian through Indonesia Directorate General of Taxation which the main office is located at Gatot Subroto street No. 7, Senayan, South Jakarta City, Indonesia. This tax education is designed consecutively from the main office, Regional Tax Offices, Tax Office, and Tax Services, Dissemination and Consultation Office. The offices that is making direct contact with taxpayer are the last two. And know I am working in one of the tax office types scilicet Aceh Besar Tax Office.

My office, Aceh Besar Tax Office (Kantor Pelayanan Pajak Pratama Aceh Besar), is located in Tengku Muhammad Daud Beureueh No. 53rd, Banda Aceh City. Even my office is located in Banda Aceh, our work region is not Banda Aceh, but consists of three other regions which are Aceh Besar district, Pidie district, and Sabang island. In my office, I work at the “Pengawasan dan Konsultasi I” section, that actually making direct contact with taxpayer especially in consultation about all tax-things. We are one of several section that directly educate taxpayer and see the implementation of regulations, especially regarding taxation, in the society.  Of course, not all regulations are well accepted by taxpayer, there are many pros and cons from them.

Annual tax return is one of many things that we concern in educating taxpayer. We even made a seminar which is devoted for State General Treasures because they will make the tax collection every time they use the money that they get from State Budget for taxable goods or taxable services, and released the tax withholding slip for it.

We also do the private consultation for the taxpayer who want it, for their company’s or even their own tax problems. Of course there are so many negative responses that we get from them. It is because what we have talked before that many people in Indonesia think the tax which they pay will only use for government goods like being corrupted. But Indonesia Directorate General of Taxation has done the clean-up for the corruption in the institution. There are so many strict regulations that prevents their officials for doing corruption. Indonesia Directorate General of Taxation even make Whistleblowing System, a program that make the officials can report whoever in the institution that they know has done a corruption and will get gift for it.

Even after I tell them about that, still there are a lot of negative thoughts about us. But I try to understand that because from almost taxpayer that come to my office, there are so many of them who still don’t use or even know about the internet. This is also one of the main problems I have in educating taxpayer about the tax things that use computerized and internet. The ignorance about internet makes it hard for them to learn by themselves, even less for the updated regulations especially about taxation. Because of that our office decides that making direct consultation forum like seminar will be the best solution to educate the taxpayer. We can update them with the newest tax regulation from our institution and they can get the solutions for their problems in the same day. So that is what I do in my job which the essence is educating the people to become the good taxpayers and together realize the sustainable development in Indonesia. Maybe it doesn’t help too much but I wish our hard work will result the good taxpayer’s awareness about how important the tax for their country. 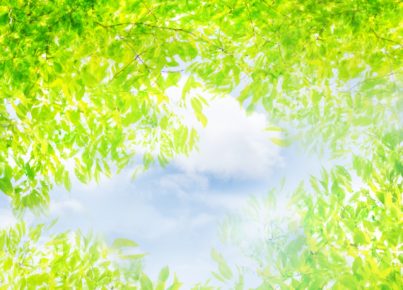 Philippines Vol.1 Alumni
Looking Back at Our Future

"Looking Back at Our Future" Mark Ulysis I. Romulo University student (Department… 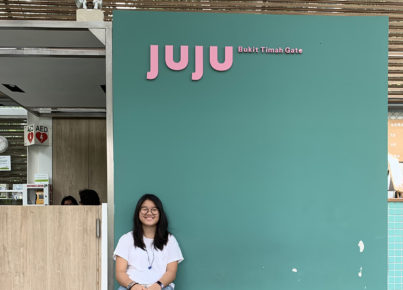 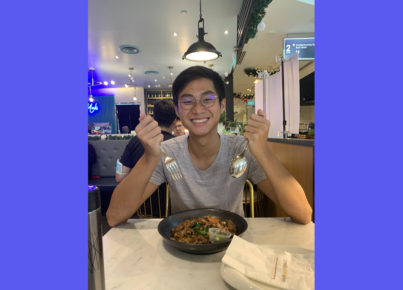 Singapore Vol.6 Alumni
Opportunities in the midst of a global health crisis